We’re Still Here For You*, For All Your Motoring Needs…

Find out more
Back to News

They really don’t make them like they used to - British sports cars are highly collectable and a dream to drive, whether because of:

There's nothing like a bit of British brilliance to inspire our cars.

We’ve chosen 11 of our favourites for their style, engineering and sheer beauty.

These 11 cars represent the epitiome of automotive genius and we're proud to call these models our own.

But by all means we encourage you to let us know what you believe the best of Britain to be in history when it comes to automotive design. You can let us know by getting in touch with us on Facebook or Twitter.

So let's get the countdown cracking with the first entry in our list...

Despite the endorsement from James Bond, only 1,021 of these legendary cars were ever built. With a 4 litre engine and limited number of convertibles, this is arguably the most recognisable car on our list.

Christened "the most beautiful car ever made" by Enzo Ferrari, the E-Type’s distinctive long, wide bonnet was in demand for the whole of its lengthy 13-year production run, not least due to its 150 mph capability.

The Elan is renowned for its excellent handling, thanks to a steel chassis with lightweight fibreglass body and 4-wheel independent suspension. To help share the enjoyment of the ride, the original 2-seater model got an additional 2 seats in 1967.

In terms of our list, this V8-powered roadster is the baby of the bunch. With an engine size of anything between 4 and 5 litres and a lightweight body, 0-60 mph in less than 5 seconds is no challenge. 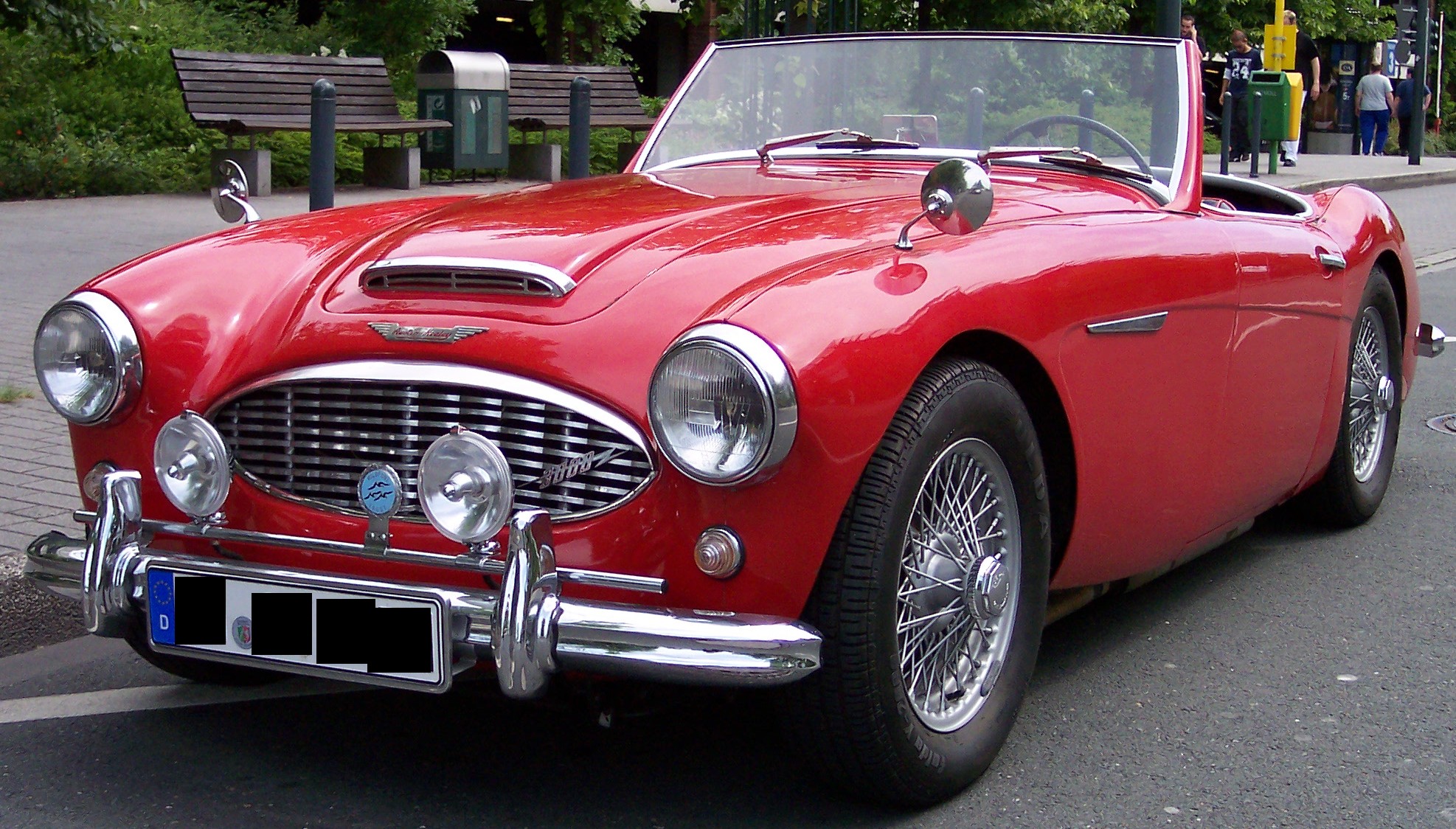 Nick-named ‘Big Healey’ to make a distinction from other Austin Healey motors, the 3000 made its name on racing circuits around the world. Boasting a walnut dashboard and wind up windows, it had one of the most comfortable interiors of its day.

The Caterham Seven is usually the first to spring to mind when mentioning a day track car. Sold by Lotus in kit format as well as ready-built until 1972 when Caterham took over the ropes, this little gem will have many mouths watering.

Capable of a landmark 120 mph the XK120 was the world’s fastest production car of its day. Allegedly dreamt up overnight by Jaguar’s lead designer, this particular motor was hand built until 1950 when a high level of demand prompted mass-production.

Designed and launched to compete with the Austin Healey Sprite, the Spitfire enjoyed an 18-year production run and 4 very different marks. The final version which appeared in 1970   is probably the most familiar and eliminated the controversial swing-axle design, allowing for safer and more improved handling.

Unmistakable with its bulging headlights and smiling grill, the tiny Sprite has an equally tiny 1-litre engine. Impossibly impractical with handles that open from the inside and a spare wheel reached only by folding down the seats, this compact sports car is apparently small enough to “keep in the bike shed”.

In continuous production for 80 years and counting, the Morgan 4/4 (4 wheels / 4 cylinders) was surprisingly the first 4-wheeled car to be built by this manufacturer. Originally billed as a ‘lightweight, affordable runabout’ its success as the longest running production car in the world has been unprecedented.

The MGB was an improved version of the MGA, providing the first crumple zones to protect driver and passenger as well as better suspension for a smoother ride. Significantly faster than its predecessor, the MGB also came in a V8 model.

Have we whetted your appetite?

Why not view the real thing at Oakmere Motor Group’s classic car dealerships. Our Lotus, Caterham, TVR and Morgan cars are beautiful examples of British sports cars - each one a piece of history.  Whether you’re treating yourself to your first classic car or want to add to your collection let us help you drive away your dream motor.